Everything went well.  By now this was the third repetition using the ogham strips so I knew what was going on and what to do.

Lockdown has presented several problems for these rituals, the first problem a few months ago was to get over the lack of access to the outdoors to collect protective plants, so we went into ritual to ask what to do about this and the answer came back to use the ogham strips, and which oghams to use.

Another problem has been lack of privacy. Not only have I been limited in where I can go to get privacy, at home everyone else in the household is also restricted and at home a lot more, so finding private time at home is also a problem and has to be negotiated.

So, I ask for an hour or so privacy, and in advance of that I get all my stuff together so that as soon as the house is empty, I am ready to go. Last thing I did was to grab a tarot deck just on the spur of the moment – it wasn’t part of the ritual but I just felt that I should have it handy. Better to have it and not use it than the other way round.

With the house finally empty, I began.

The ritual part all went as planned. Then it came to the meditation part.

I am now well used to this part, and get straight into the setting. The woodland that I go into to meet the badger has become its own landscape and setting.
Last month I met three badgers, and I was kind of expecting this to be the case again, but no, this month I met a GIANT badger who was already there in the clearing waiting for me, I had brought the jam sandwiches with me, and offered them to him, and we had a chat.

He gave the same message that I have had all the way through with these rituals, that badgers are not particularly bothered about the cull, and the general curiosity is why am I doing this?

Then a whole ‘thing’ came out – perhaps not as words directly, and I’m not sure that even right now I will be able to properly express what came out.

You see there is a whole package around authority, who we give authority to and under what circumstances. What do we want our future to look like?

Right now we collectively live within a society that separates itself from nature, that sees other life as a nuisance, something to make money from, or something to ignore unless it’s presence benefits us in some way. Even within environmentalism it is common to come across the notion that we should save or plant trees because : climate change/keeping the world habitable for humans rather than because the woodland is an ecosystem that has a right to exist for its own sake

And this is the base layer. On top of that is the ‘authority’ (whatever form that takes) that is actively anti-life in order to generate profit. Including human life. That manufactures and markets weapons to sell to kill people, and then separates itself from conflict, that subjugates people for a multitude of reasons, that creates internal oppression that benefits whichever group is doing the oppressing, while they throw crumbs to the rest of us, and we give this system, this group authority so that we can have some of those crumbs, so that we align ourselves with oppressors and not be the ones trodden underfoot.

Part of this is ties in with the Covid lockdown situation, in particular the state of fear that we have collectively grown accustomed to living in. The people who would, within a given defined situation, be challenging government decisions, are out of fear falling in line (this is where it gets tricky). The UK government is and has repeatedly been vague and directives open to multiple interpretations and contradictions. I don’t think this is by accident. It has created surveillance culture, track and trace, privacy restrictions, new laws on social control that can be mis-used in the future, all that are generally being welcomed in, with the public consensus that none of these measures have gone far enough, that everything should be stricter, more restrictive, that there should be harsher penalties etc etc – the vagueness has created a mindset that is unrestricted and more authoritarian than anything that could have been put through legally.

Critical thinking has gone out of the window in as much as people are using their thinking to usher in more authoritarianism , more control, more ‘get rid of anything that stands in the way of human life’, even though this is giving more power to the ‘anti-life’ powers. The same power that generates discrimination, prejudice, division, that says we have to kill life/people en masse to protect life/people (of generally the few, but of the privileged), that favours material over expression, product over life, brings us austerity, poverty, war, famine etc etc

(please note, I am not saying Fuck Covid, I am questioning where the source of thinking comes from, and where we give power to. The exact same response could come from personal evaluation and doing ‘the right thing’ without this transfer of power, or it could come from a state of fear/whatever and giving more power to authority. I guess I’m saying Question Authority rather than giving you an answer.)

Looking at the spiritual communities, I see the same thing, the people claiming to be representatives of spirit, all repeating the same lines that come from authoritarian thinking, that re-enforce reliance on human authorities.

I’ve made a lot of blurb about covid here, it just came out, but the same could apply to SpaceX

“You want to wake up in the morning and think the future is going to be great – and that’s what being a spacefaring civilization is all about. It’s about believing in the future and thinking that the future will be better than the past. And I can’t think of anything more exciting than going out there and being among the stars.”

Or to Starlink  sending  thousands of satellites to orbit the earth so we can have faster internet everywhere. So that we can get to the mountain top and shop for a new mattress on mattresses.com or see pictures of cats and our friends dinner

Just think of the billions of £££/$$$ going into this and the amount of resources (also known as nature/other beings that should have the right to be left alone), and think about how this money alone could be used to provide food/water/security/healthcare/nature rights to the beings that live here.
It seems more likely that we will learn to live on other planets before we learn how to stop killing life here.

And this also applies to Black Lives Matter – the point I am trying to make is to think about what we want our future to look like. Is it about less inequality, is it for life and diversity, or is it for profit and authoritarianism. Where are you putting your energy?

My answer to this question is that I want to put my energy towards giving nature a say, to be directed by spirit and give the divine a voice in this world. Towards equality, diversity and life here, rather than towards profit over life, both human and other-than-human

Left Brain/Right Brain. These rituals for me are a step towards that direction. Bypassing human authority.

I know I haven’t expressed this correctly, I’m trying to put non-verbal communication into words inadequately.

Getting back to the Badger. He listened. And he spoke. he wasn’t bothered about the cull particularly. Humans have always persecuted badgers, it is part of what being a badger means. Today it is the cull, but the persecution has always been there between us, there is no ‘golden age’ to go back to if the cull stops.
But the future…. a possible future is something he was interested in.
A future of bypassing authority to act for life and biodiversity – our human societies aren’t going to bring that about any time soon, so bringing thought and action from the otherworld to manifest here… now that is a different story.

Do this to change the story, the way we are in the world. Yes he got that.

He wanted me to get straight about that for myself.

And then he left. Again it was dark in my meditation when I left and came back to myself.

The ritual itself felt unfinished, so I took the deck of cards and drew one, and put it into the mix.

Lady of Staffs. I’m not too good on tarot definitions but the picture seemed to be of holding a beacon of light, on the mountaintop. I’d look it up later. For now, it was enough that I put it into the ritual mix.I liked that this as an ending also reflected the beginning, of lighting the sword of light, with its incantation.

I closed the ritual space. With the meditation it had felt like I had been gone for a long time, but in this reality I knew that wasn’t the case, as I still had some of my negotiated private time left.
The sandwiches were there, I had taken them to the otherworld with me in the meditation, and the final part was now to eat them. I was surprised that although they were freshly just before the ritual, they were now stale and the edges curled. Like they had been out for much longer than the time indicated by the apparent world.

This sixth ritual was held under the guidance of Derwydd the Druid card, whose message was to realise that I have power to make change.

I have had to sit with this for some time now. I feel the rituals have twisted focus once more through this series of workings. I don’t know what the next step is, that will come with the next card, on the new moon.

I looked up the meaning of the Lady of Staffs:

Lady of Staffs – dancing in the hot, dry desert – dance, love of the new

This was the answer from the badger.

Published by Ritual is Action : Action is Ritual

View all posts by Ritual is Action : Action is Ritual 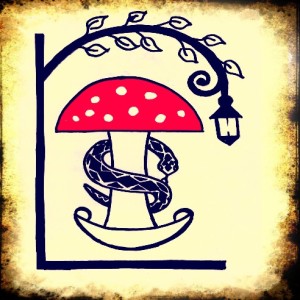